Breaking the secrecy of the regimes

A couple of years ago, Delfín Mocache asked me to speak with an American researcher who had contacted Diario Rombe to obtain information on the case related to the Lebanese banker Kassem Hejeij, who we had published about. After finishing working with him, I considered that I was in a position to request some of his knowledge to solve one of the most extended questions in the cases that we have dealt with in the newspaper. What was really that North Korean conclave located in Santiago de Baney?

I remembered that afternoon when we received a call from a person who said he was speaking on behalf of the South Korean Embassy. This person wanted to know more about that article that referred to the peculiar discovery of a North-Korean-origin group of workers, whom no one had given more information about. Without any suspicion, we gave him the information we knew -which was not so extensive at that time-, and after finishing the conversation, we realized the phone number of the call did not correspond to that of the South Korean Embassy, ​​but to the North Korean one.

That experience awakened our intuition that there was something else to be discovered – something North Korea wanted to keep in reserve – and made me choose that as my first question to the researcher – since there was undoubtedly much more to understand about the situation. The investigator’s response was concrete and concise – “It’s Chilbo,” he said, “a North Korean forestry company, and those people who you saw are prisoners doing forced labor.” I tried to continue with the questions, but that was all I could get from him, the collaboration agreement ended.

The fact that the Government of Equatorial Guinea allowed a company to develop its production work through forced labor was already something reprehensible, this lack of respect for human dignity on the part of the Regime was not surprising, so the name Chilbo and its interconnections remained suspended for several years, until now.

As described in a documented way by Compliance Cosmos (https://compliancecosmos.org/north-korea-finds-ways-avoid-sanctions-imposed-united-nations), among several other media, in its article “North Korea finds ways to avoid sanctions imposed by the United Nations” – , there is a hidden financing network, in which North Korea, despite having been punished by the United States for developing and maintaining a plan for creating weapons of mass destruction, manages to finance its weapons plan through multiple banks and companies, evading sanctions.

Thus, as this media mentions in regard to a United Nations report, “The complaint focuses on two companies, Apex Choice Ltd., and Yuanye Wood Co. Ltd., that allegedly transferred funds to agents and entities acting on behalf of North Korean banks—primarily the North Korean Foreign Trade Bank—in order to evade sanctions” -continuing with-, “In the section of the complaint that deals with Yuanye Wood, U.S. authorities allege that Yuanye Wood sent several payments to front companies and partners in the wood-harvesting industry that benefitted North Korea’s nuclear and ballistic missile program. The section goes on to describe one of the players, Chilbo, a North Korean wood harvester, as using North Korean prisoners as forced labor in Equatorial Guinea, where they worked as loggers and construction workers.”

Considering the aforementioned, we can understand not only how the Equatorial Guinea Regime consented to the establishment of a company in our country where foreign prisoners carried out forced labor and, therefore, allowing slavery in its most evident form, but also how it maintained commercial relations with a company that contributed to the financing of North Korea’s weapons of mass destruction plan through the profits produced by the workers it exported -in this case, sent to Santiago de Baney, Equatorial Guinea-, a matter directly and indirectly concerning mankind as a whole due to the implication of the impact of this weapons technology.

Thus, regarding the financing of the ballistic plan through the export of workers, the United Nations report continues:

As mentioned by Nk News in its article “Equatorial Guinea repatriates North Korean workers, cuts agricultural ties” – https://www.nknews.org/2018/08/equatorial-guinea-repatriates-north-korean-workers-cuts-agricultural-ties-nir/), “In Equatorial Guinea’s forestry and environment subsector, the activities of a North Korean forestry company – identified as “Chilbo” – were similarly Halted. Chilbo owned a sawmill as well as operated a veneer and plywood manufacturing business.” This media also points out that, “The company has sold its sawmill in the municipality of Milong, in the district of Añisork, and its veneer and plywood manufacturing business in Bome to the Chinese company Changxi, and staff have been repatriated,”, thus apparently closing their official relations.

The strong and historic ties of Equatorial Guinea and North Korea

As reported by the same research media specialized in North Korea -NK News-, relations between North Korea and Equatorial Guinea, as with other African countries, have existed since the 1960s and 1970s, with consolidated ties. Thus, “Diplomatic relations were first set up under Dictator Francois Macias and North Korea’s founding leader Kim Il Sung. Both rulers maintained a close relationship until Macias was tried and executed in a coup by Nephew Teodoro Obiang Nguema.” After this event, “Kim even provided a home for the Macías family in exile, with their daughter, Monique Macías”- says the research platform NK News.

Indeed, after the change of the Equatorial Guinea Regime, the collaboration between the two nations continued both in the commercial area and in the informed military one, and the Mansudae Overseas Projects (MOP) -now under sanction due to the financing of weapons of mass destruction in North Korea-, also carried out construction activities in Equatorial Guinea, building the Luba stadium and the Luba conference room.

Moreover, Francisco Pascual Obama Asue, in his capacity as Prime Minister, far from ending relations with North Korea -as the Government had publicly promised to the international community-, meets with the Deputy Director of the department of the Central Committee of the Workers’ Party of Korea, Ryu Myong Son, to strengthen a close work and collaboration between Equatorial Guinea and the Asian country.

Currently, it has not been possible to verify that the Equatorial Guinea Regime has repatriated all North Korean workers -thereby putting an end to the commercial link with North Korea- as it is also a pending task to discover if Chilbo has been renamed and continues to operate in the country. Given the complex network of corruption in which power operates in Equatorial Guinea, to which are added the financial fraud mechanisms typical of this parallel economic settlement network for the financing of weapons of mass destruction, this article can be considered a starting point to continue advancing in this investigation. We invite to participate all national or international actors interested in being part, and to get informed about the documentation that has existed for years, but that has not been given the necessary importance. 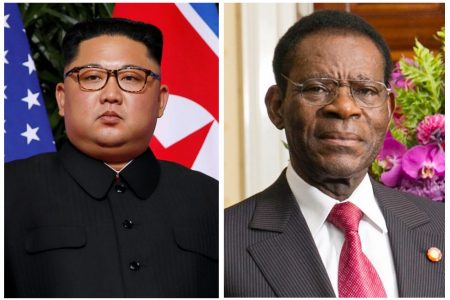 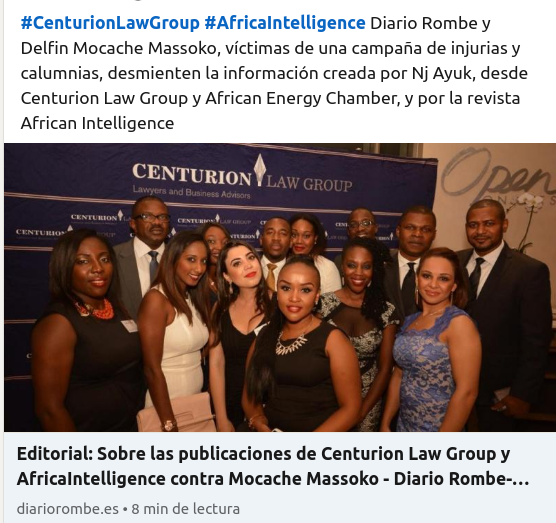 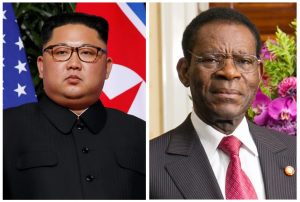 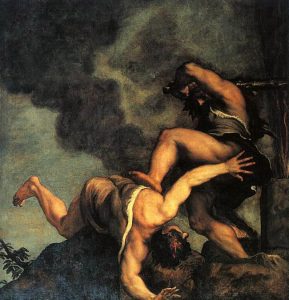